BTB-UBT, the transport wing of Belgium’s socialist union confederation FGTB-ABVV, made Fair Transport a focus of their annual action day against social dumping. In a series protest and parking visits, the union demanded better conditions for drivers and an end to exploitation and social dumping in the road sector.

Speaking to l’Avenir, BTB-UBT deputy federal secretary John Reynaert said that “there are Romanian drivers working [here] through a Slovakian subsidiary. It’s clear that this is a case of social dumping because we know that these drivers earn a monthly salary of €350 with a supplement for expenses. But, with the higher cost of living in Belgium, they live like slaves in their lorries in order to limit their expenses and thus send as much money as possible to their families.”

Check out these photos of the actions across Belgium. 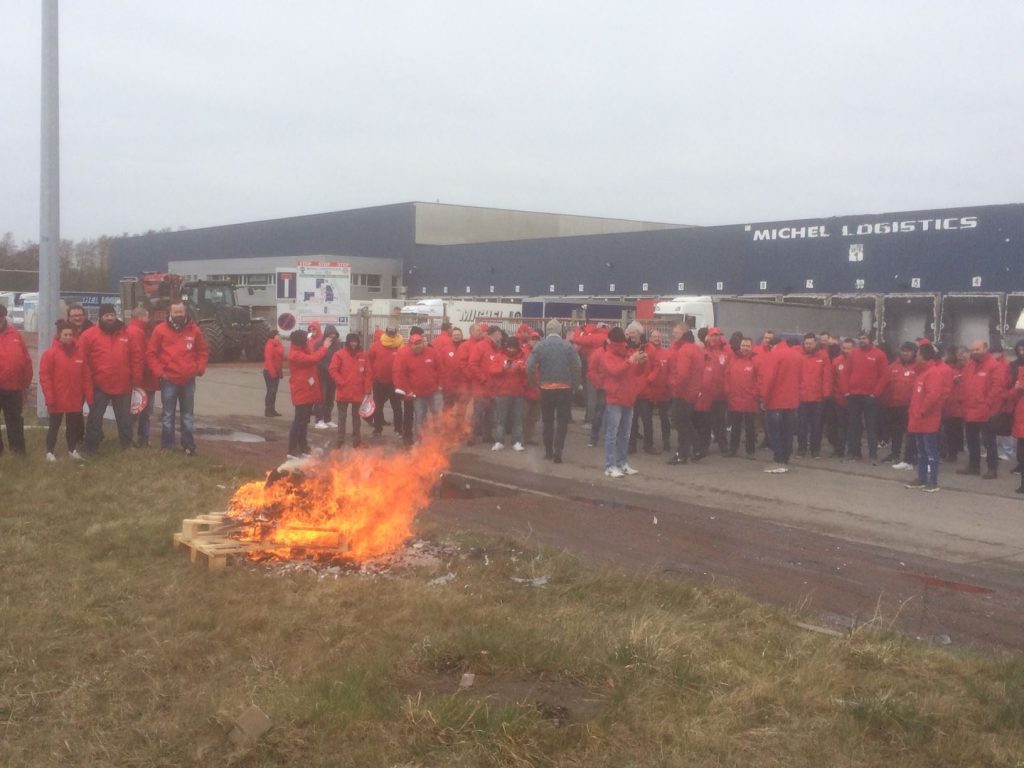 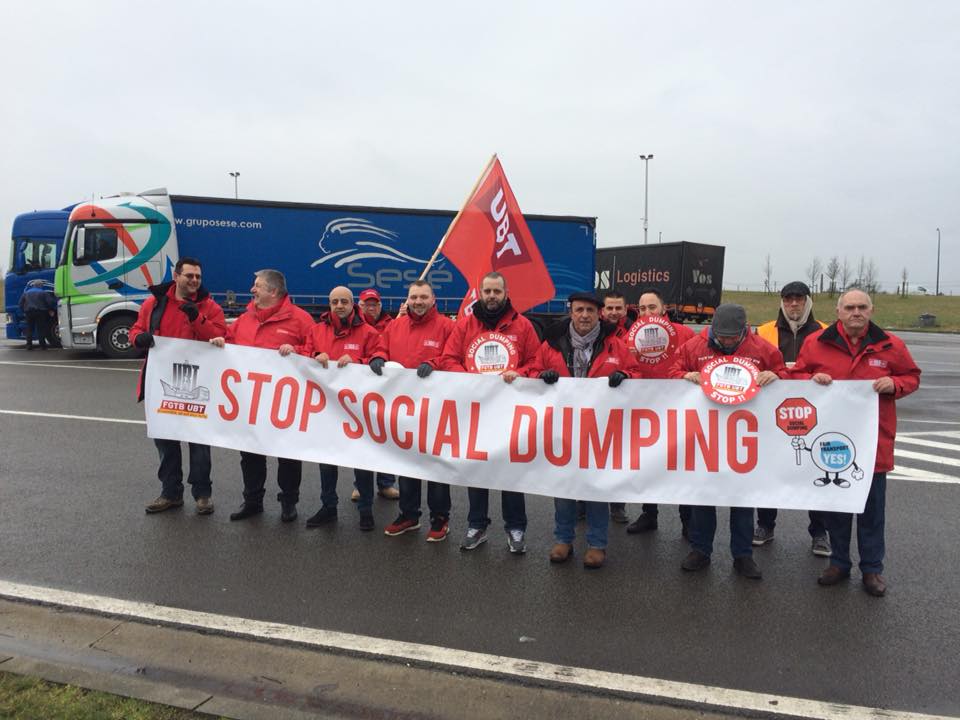 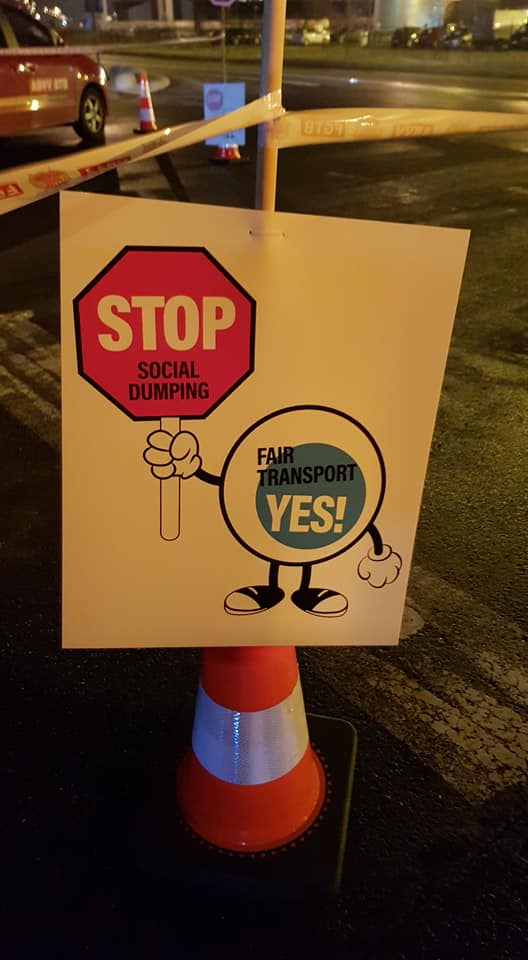