On Monday 25 June, Nautilus and the Paragon staff organized a successful protest action in the port of IJmuiden. The new owner of Paragon, Borr Drilling Limited, wants to close the former Paragon Offshore office in Beverwijk, threatening the jobs of more than 70 employees working at the office or the offshore platforms. Borr Drilling refuses to conclude a good social plan with the trade union. The employees of Paragon therefore massively rejected the last employer’s offer in the port of IJmuiden and demand a good social plan.

According to Nautilus spokesperson Bert Klein, Borr Drilling is engaging in social dumping: “A company that wants to present itself as a world player should also adopt that attitude when it comes the dismissal employees. Incidentally, we also still doubt the usefulness and necessity of these redundancies and there are good reasons to speak of social dumping. A company that recently invested more than one billion US dollars fails to offer its employees a good Social Plan, supposedly because it does not have sufficient resources? That is too crazy for words!” 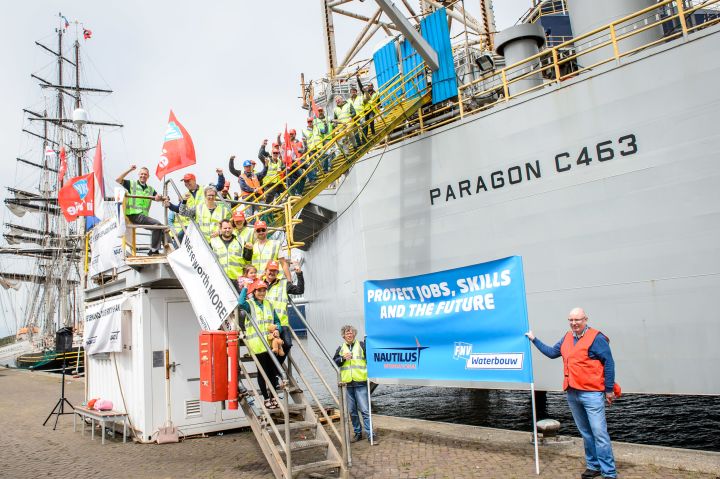