Women representatives from transport unions across Europe reached a crucial agreement at the ETF Women’s Committee meeting, held in Rome on 18-19 September. After a round of consultation and deliberation, they decided to launch an ambitious campaign to end gender-based violence. 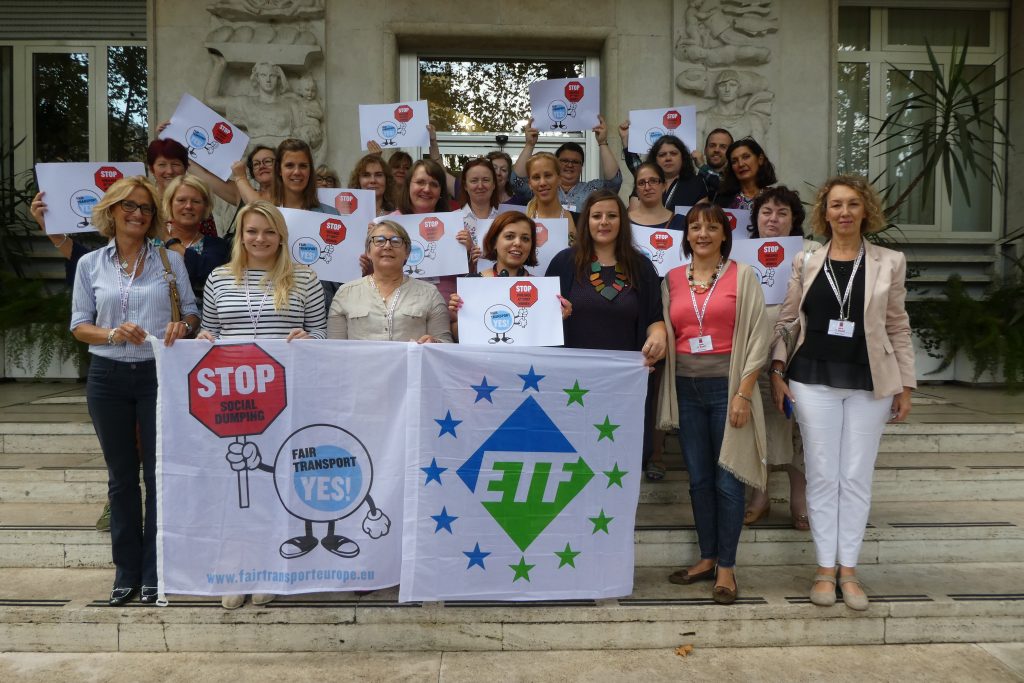 As part of the overall Fair Transport Europe campaign, the ETF women urge the EU Institutions and the EU Member States to support the establishment of a new ILO Convention (supplemented by a Recommendation) on violence and harassment in the world of work. European policymakers should play an active role in the negotiations at the International Labour Conference, ensuring a strong focus on gender-based violence.

To inform both workers and the general public about this pressing issue, the ETF Women’s Committee will unfold a comprehensive plan of actions. November 25 ‒ the International Day for the Elimination of Violence against Women ‒ and March 8 ‒ International Women’s Day ‒ are earmarked as days of action.

The Fair Transport Europe campaign is tremendously strengthened by this cross-sectional initiative of women workers.