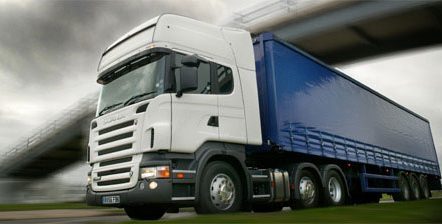 Through its Bulgarian subsidiary Rematra, RMT employed Bulgarian drivers in Belgium, but not at Belgian wage and employment conditions. Now, almost 3.5 years later, the Labour Court of Hasselt, in its judgement of 11 October 2018, ruled fully in favour of the Belgian Transport Federation. The Bulgarian drivers are entitled to the difference with the Belgian wage. The total claim was 236,000 euros, plus interest and costs. This creates an important precedent in the fight against social dumping.

The Belgian Transport Federation (BFT) was mandated by seven Bulgarian drivers to lodge the complaint against RMT. For their respective periods of employment at RMT, we claimed the difference between the Bulgarian and Belgian wages. The Bulgarians received a wage of only 414 Bulgarian lev, or 211 euros per month. According to the BFT, Rematra in Bulgaria was no more than a construction to escape Belgian wage and employment conditions. The drivers did not drive in Bulgaria and received their orders from Tessenderlo. After a long and bumpy trajectory, the judgement was unambiguous: the Labour Court ruled that RMT assumed the actual exercise of authority over the drivers and thus was the effective employer. Consequently, Belgian labour law applied to the employment relationships. The BFT’s claim was therefore well-founded. Frank Moreels: President of the Belgian Transport Federation-General Federation of Labour: “The 7 drivers received no less than 236,000 euros in total. For one of them we claimed 111,000 euros, for another 97,000 euros. The five others were not employed as long at RMT, and for them the claim was much lower. Since RMT did not contest these claims, the requested amounts were automatically awarded, increased by interest and litigation costs.”

The pleadings were postponed a number of times due to delaying tactics by RMT. The additional research assignments that the Labour Court gave to the social inspectorate also required extra time. And this at a time that the inspectorate was understaffed. Frank Moreels: “This again shows that the government urgently needs to strengthen the inspectorate’s services. Much more than has happened so far.”

In July 2017, the Labour Court presented a clearly defined research assignment to the inspectorate. With questions such as: where were the drivers employed? From where did the dispatching take place? How were they paid? Where did they stay during their rest periods? And so on. Each time the inspection’s answer was crystal clear in favour of the drivers. Frank Moreels: “From the wording of the interlocutory judgement of 26 July of last year, it appeared that the employer was in the wrong across the board. This judgement therefore does not come as a surprise to the BFT. I would like to thank the inspectorate for its thorough investigation, which led to this judgement. We are convinced that this is a first domino that fell, and that many more will follow. This is a decisive step in the fight against social dumping!”

The BFT’s collaboration with the Bulgarian trade union FTTUB clearly proved its usefulness in this case. Frank Moreels: “Bulgarian drivers got what they were entitled to. This of course is also in the interests of Belgian drivers, since it eliminates unfair competition. The principle of “equal pay for equal work” was confirmed here by the court.”