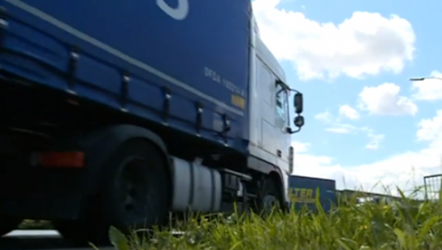 The Netherlands supreme court has broken a ruling by the court of appeal that had previously ruled that Dutch wages were not applicable to Hungarian truck drivers working in and from the Netherlands.

The drivers have Hungarian contracts and salaries but they do not work in Hungary. They do not transport goods in or out of Hungary but in and out of the Netherlands.

The central question of the case was: what is the habitual place of work and what is the applicable law that applies to the Hungarian labour contract?

In road transport many companies use Eastern European and even Filipinos drivers with working contracts from countries they do not work in or have never even stepped foot in.

This ruling is clear that drivers need to have the wage from the country where they carry out their work.

In the second ruling, in the case of the Dutch trade union FNV against the company Van den Bosch Transport about the posting of workers in international road transport, the Netherlands supreme court has asked the European Court of Justice how to interpret the temporary place of work.

If posting is the case, and workers do not have a habitual place of work but are only temporarily working in and from different member states, the FNV claims posted truck drivers also need to have Dutch wages, if they transport goods on or from Dutch territory. The supreme court will now ask the European Court of Justice to rule on this.

Edwin Atema from FNV – Stichting VNB commented: “We are happy with the two rulings. Our legal strategy was that Dutch wages are always applicable, if workers work in and from the Netherlands. One way or another, Dutch wages need to be paid if the Netherlands is the habitual place of work or if workers are posted and the Netherlands is their temporary place of work. This ruling is good news for all truck drivers across Europe. The questions about posting are now even more important that there’s an ongoing political debate about posting within international road transport.”

These two rulings are significant. Social dumping in European transport has become a widespread problem. In a race to the bottom, road transport operators are taking advantage of drivers by paying the lowest rates possible, the industry as a whole suffers – standards are lowered and the drivers exploited. The rulings today will have an important impact on holding these transport operators to account, bringing about justice for the drivers and improving the industry as a whole.