A meeting in Bad Goisern, Austria, saw unions from four countries discuss how to incorporate the Fair Transport Campaign into their work on railways. Meeting on 26-28 February 2018, the Steering Committee for Cross-Border Cooperation drew workers representatives from the unions OSZ (Czech Republic), SSSLO (Slovenia), EVG (Germany) and ÖGB (Austria).

Due to the increasing competition in rail transport the economic pressure on workers is raising all over Europe. Trade unions insist on having fair working conditions and they make clear that there is no room for wage and social dumping in the common region. That is why they work together across borders and why they are highly networked in their respective regions. Works Councils and Unions are aware of the challenges and dangers of cross-border working. They are working together to make improvements, so that people’s working conditions are good, no matter what country they come from and where they go to.

In the meeting in Austria, workers representatives from the unions agreed to cooperate intensively in the interest of the employees and beyond the borders, in order to avoid wage and social dumping. Being well-informed about the workers’ situation in the neighboring countries enables trade union representatives to be well-prepared for upcoming developments as well as to respond quickly to current challenges.

This kind of international solidarity is exactly what the Fair Transport campaign is about. By standing together across borders, workers have greater strength to defend quality work from dumping and unfair competition. 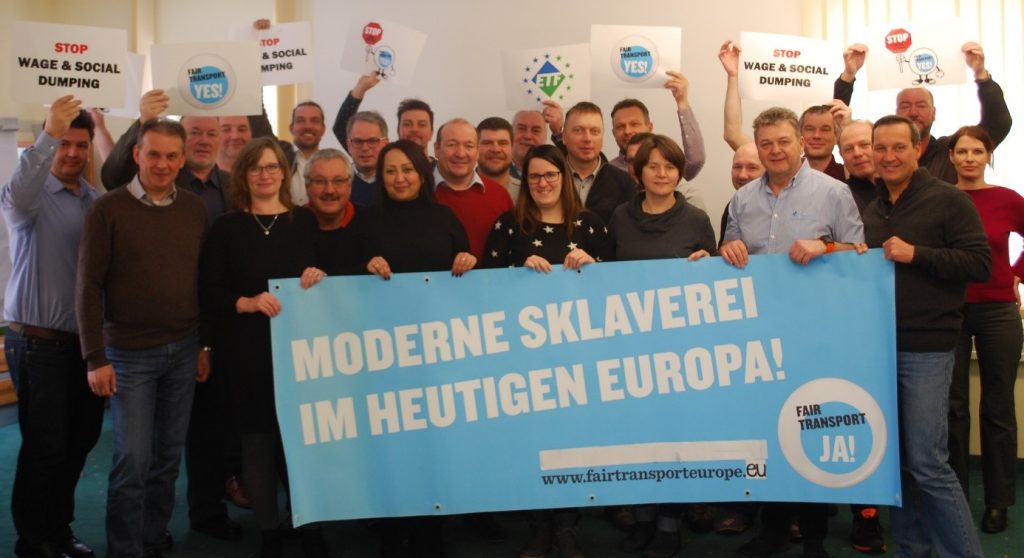